The Back to Sleep campaign marks its 10th anniversary by reaffirming its commitment to spreading safe sleep messages in all communities.

NICHD research shows that community education programs in African American communities to teach safe sleep messages have a major positive impact and that such efforts are effective for achieving high rates of back sleeping among African American infants. 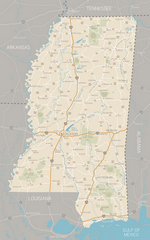 The NICHD runs PSAs on radio stations around the country to help educate African American parents, grandparents, and other caregivers about ways to reduce the risk of SIDS. The Institute also displays ads on buses in the Washington, DC, area to help spread the message.

The AAP Task Force revises its policy statement about ways to reduce the risk of SIDS. The new recommendations reinforce exclusive use of the back sleep position for every sleep, a firm sleep surface with no loose bedding or blankets, and a separate sleep area for baby. The recommendations also warn against letting baby get too warm during sleep and suggest using a pacifier to help reduce SIDS risk. The Back to Sleep campaign revises its messages and materials to reflect these recommendations. 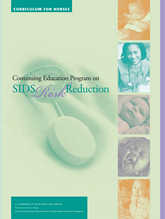 The NICHD, in collaboration with the SIDS Network of Ohio and the Ohio Department of Health, sponsors a 2-day statewide SIDS summit at the historical Underground Railroad Museum in Flushing, OH. The summit ends with a "SIDS Sunday," with community leaders using Sunday church services as an opportunity to teach people how to reduce the risk of SIDS.

The Healthy Native Babies Project Workgroup, led by the NICHD, refines its strategies for reaching out to American Indian and Alaska Native communities with SIDS risk reduction information. It also supports training sessions in the five IHS regions to gather input from representatives and those who work with Native communities to further inform the Healthy Native Babies Project.

The Back to Sleep campaign releases its first outreach materials specifically for American Indian and Alaska Native communities—a brochure and a flyer—as part of the Healthy Native Babies Project.

The NICHD joins the text4baby™ program, led by the National Healthy Mothers, Healthy Babies Coalition and the White House Office of Science and Technology Policy. The program will deliver evidence-based health information about pregnancy and baby's first year directly to cell phones and mobile devices. Among the messages included in text4baby are the safe sleep recommendations included in Back to Sleep campaign materials.

After significant efforts of the NICHD and its partners in Mississippi, the Mississippi Child Death Review Panel Annual Reports for 2007–2010 provide evidence that SIDS deaths have dropped by 35 percent statewide during the previous 3 years of the Mississippi African American SIDS Outreach Project. The state data also show that the gap has narrowed in the disparity in SIDS rates between African American and white babies.

The NICHD launches an online version of the Continuing Education Program on SIDS Risk Reduction: Curriculum for Nurses to help provide maximum flexibility for nurses who want to take the course.

The AAP Task Force expands its recommendations to focus on a safe sleep environment that can reduce the risk for all sleep-related infant deaths including SIDS.  These expanded recommendations include regular prenatal care, breastfeeding, and making sure infants receive all recommended vaccinations.

In its collaboration to reduce SIDS in Mississippi, the NICHD awards more than 108 mini-grants to community- and faith-based organizations to provide SIDS training to parents and caregivers and to enable local health and outreach leaders to hold workshops in all nine public health districts across the state.

The Institute launches SIDS Risk Reduction: A Continuing Education Activity for Pharmacists online. It provides an "anytime, anywhere" way for busy pharmacists to receive CE credit hours, and it capitalizes on the personal connection between pharmacists and their patients as an effective way to spread safe sleep messages.

After extensive qualitative research, the NICHD and its collaborators expand the campaign to emphasize its continued focus on safe sleep environments and back sleeping as ways to reduce the risk of SIDS and other sleep-related causes of infant death. The expanded campaign, called Safe to Sleep®, continues to incorporate new and evolved science-based information on key issues of safe infant sleep into easy-to-understand outreach messages, materials, and activities.

As part of the newly expanded Safe to Sleep® campaign, the NICHD revises the campaign materials to incorporate the 2011 AAP Task Force recommendations and the new campaign identity. The Institute also reaches out to existing and potential campaign collaborators to reinvigorate partnership and outreach activities related to safe sleep.

The NICHD creates a Safe to Sleep® Champions initiative to enlist people across the country to help share safe sleep messages in their local areas. Spokespersons, called Safe to Sleep® Champions, leverage their reach of media and community members to raise awareness about the campaign and key messages about SIDS and other sleep-related causes of infant death.

The NICHD launches its new Safe to Sleep® website to educate caregivers—parents, grandparents, aunts, uncles, babysitters, child care providers, health care providers, and others—about ways to reduce the risk of SIDS and other sleep-related causes of infant death. The expanded site also offers resources and campaign materials that the media and broader community can use to help spread safe sleep messages.